Just in time for Black History Month, The New York Review of Books published an essay on black identity by comics' foremost expert on race relations in the U.S. 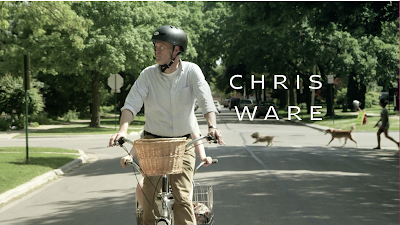 That's right! It's Chris Ware, who took a break from drawing his terrible New Yorker covers (also about black identity, for some reason) to make a case for the preeminence of a comic you've probably never heard of...a comic that's truly underrated by comics lovers everywhere...one that's somehow always overlooked on all those Best Of lists:

Yes, Krazy Kat, aka the comic that history forgot. Pegged to a new biography on kartoonist George Herriman (1880-1944), a black man who passed as white, Ware writes about the merits of the comic and how they deepen and multiply when considered through the lens of black identity. He has a Maya Angelou epigraph and everything. Which is all fine and good till, inevitably, Ware comes around to the universality of Herriman's (really rather particular) predicament. You know, because "fiction...in its finest form" isn't just about articulating black identity--it's about transcending it. 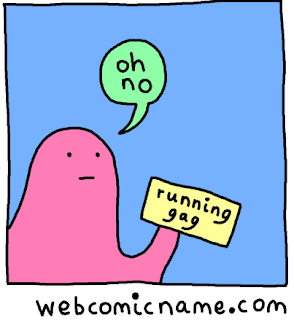 Before we dig into this thing, many thanks to Twitter user Jon Gabes, who correctly intuited that I would never normally click on anything described as "Chris Ware on Krazy Kat" and sent me this crazy fucking link.

I should probably admit right off the bat that I'm jealous. Clearly I have never in my life loved anything as much as Chris Ware loves Krazy Kat. Not a comic, maybe not anything. My family? I maybe love my family as much as he loves this comic. And there's this thing that happens when people write about something they truly love, which is that it comes through--and I can feel it here, in places, just his sheer enthusiasm for this thing, and that kinda moves me because I'm not a total asshole. It's nice when people write about the things they love, isn't it? I wish this could've just been that.

But it's not, so by the third paragraph Ware is imagining what passing as a white man must have been like for Herriman:

Is it me or is this paragraph deeply strange? The first sentence straight-up sounds like we're talking about man-boy love. Damning, dire, and disgusting? I don't know, maybe I'm being pedantic, but I find these choices odd. Ditto "the footsteps of your deception," which is definitely the name of my fake band's next album. Just the audacity of this white guy in Oak Park, Illinois, 2017, writing about the thoughts and feelings of this man who was never once afforded that opportunity...and assuming that he was preoccupied with guilt, shame, and self-loathing.

(Is this starting to sound familiar? "We understand others only as refractions through the optic of ourselves," Ware writes. That much he got right.)

Like, who knows, maybe Herriman felt all of those things. But what about fear? I'm just spitballing here, but I feel there's a distinct possibility that Herriman was super afraid all the time. And maybe angry. Right? It's certainly possible that part of Herriman experienced what Ware describes--hating himself for being a traitor to his race (though even then, one wonders if he put it to himself quite that way)--but maybe a bigger part of him was angry that he felt forced into denying such a big part of himself in order to build a safe life. But fear and outwardly directed anger--these emotions just aren't part of the Chris Ware toolbox, and so we end up with this construction of a black man who was sitting around hating himself for Jim Crow-era racism, worried about the embarrassment he'll suffer if his neighbors were to learn his secret. Nothing about survival, which is the basic obvious shit that comes to mind if you close your eyes and put yourself in Herriman's shoes for two seconds.

I just have to pause here to say that, reading this, one can't help but wonder about Chris Ware's secret. I'm picturing him turning very slowly towards a camera, raising a finger to his lips...Shhhhhhh....I have a secret. And the secret is he steals candy bars or something.

But to return to my point.....no. Jesus. "Everyone passes" is emphatically untrue. People editing their lives to look a certain way on Insta or whatever are not "passing" like George Harriman passed as a white man in the early 1900s. That analogy is fucking insane. Ware says that "each of us....reviews, sorts, discards, rewrites details that allow us to somehow get on with our lives," and I don't disagree, just in general. But the whole point here is that Herriman wasn't in control of his own narrative. He couldn't be who he was. How is this not clear?

Of course, it all starts to makes more sense once you realize "everyone passes" is consistent with Ware's dumb Unified Theory of Race. Remember Black Bobby Hill and White Bobby Hill? 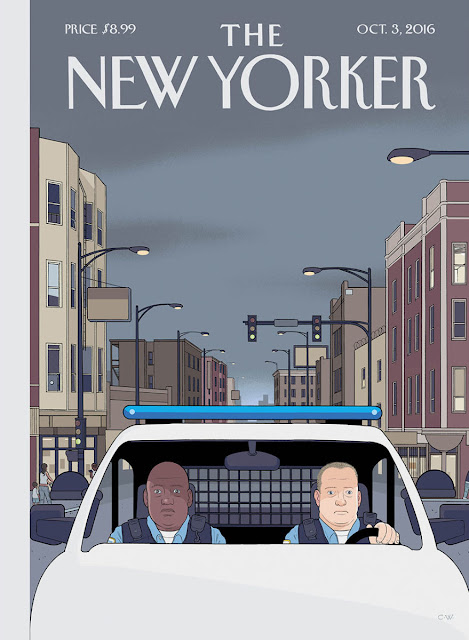 To quote myself (baller move):


My tentative conclusion is that the art editor of the New Yorker should maybe make a little more effort to give someone who's not her white male friend the chance to depict experiences that are not, in fact, universal--experiences that in fact hinge upon not being universal.

And now here we are again, except this time it's the New York Review of Books.

Universality in literature has always been a white guy's game, and it should really be enough that they get to create the works that are considered ~universal~ without then also co-opting the experiences of minorities as their own. People make fun of Chris Ware for being a cold creepy alien, but I've always appreciated the way he builds such an elaborate artifice around any expression of personal feeling. (It reminds me of how Alison Bechdel has to use those weird contortions of theory to express love...that sort of pathological need to control it.) Still, when it comes to experiences that are truly far-flung from his own, Ware's storytelling becomes narcissistic and just plain BAD. True empathy isn't about remaking someone in your own image.

You know, "To Walk in Beauty," the title of Ware's piece, invokes a Native American practice where you experience a sort of oneness with the universe. However much that phrase might mean in the world of the comic, or to our understanding of it, I can hardly imagine a worse metaphor for the life of a black man who never felt free enough to tell his own story. Ware writes that Krazy Kat "was the very soul of George Herriman himself." It wasn't, though. George Herriman was a person. The best way to honor him now is to let his memory exist as he could not: outside the shadow of who some white person imagines him to be.