Year 14: I remain the only soul in Chicago who doesn't care about sports. God, I've been having a bleak week. TIME FOR SOME HATE LINKS.

1. Louis CK on why he supports Hillary: I'm behind a couple seasons of Louie and haven't seen his last few specials, so I don't really know what my feelings are on Louis CK are these days. I'm not boycotting his stuff or anything--though where to draw the line on that is a difficult and vaguely horrifying question--because I guess to even consider it I'd have to be more interested in what he's doing. I've talked about this before, how his brand of self-deprecation is really this sort of aggressive presentation of himself as a good person. I don't trust it; it doesn't ring true to me. I have a feel for what hating yourself and what that looks like, and I'm pretty sure he's not doing it right. Anyway I was never crazy about the half of his act that used to be about his wife not fucking him enough, but I guess something I hate even worse is his relentless case for his own moral goodness. Maybe three-quarters of what he does seems very focused on that--that's just not interesting comedy to me.

Anyway. My sister sent me this link because she thought it was funny, and I totally hate it. It actually took me aback how much I hate it. Is it me or is there something about his whole Ode to Amazing Moms that seems calculated to make him seem like an even more amazing dad? I mean, it's been a while, but I don't recall much praise for the mother of his own children in his work? Haha, fuck her and her sad handjobs on which he built his career. I also hate that whole disingenuous intro, oh, I'm splitting my audience in half here. Right. I could really get going on all the ways I hate this. "It's not about the first woman; it's about the first mom." Oh for sure man. I thought the second part was funnier, but also there's just something about hearing "she's a bitch who will take our abuse" from someone who (very likely, imo) committed sexual assault.


2. The way this article on Patton Oswalt is written: I have so much respect for Patton Oswalt's willingness to grieve in public. Not a huge fan of his life's work or his personality, which often strikes me as shitty and smug, but as someone who's very often a closed-off nightmare person that kind of vulnerability deeply impresses me. I've talked to some performers about trauma, like the process of shaping it into something fit for an audience, and the rule of thumb seems to be "have enough distance so people doesn't feel worried or uncomfortable for you." I think there's a lot of truth in that, at least when it comes to making good art, but at the same time what you end up with is this sort of reified thing, this presentation of "grief"...this aesthetic distance. Old-fashioned morticians putting pancake makeup on dead. Anyway I saw this clip of Oswalt on Conan (this post literally contains more Conan than I've watched in the last five years, sorry buddy) where he's just sort of manically swinging from anecdote to anecdote and fumbling with the material in places...it's very real and raw and uncomfortable and sad. Bearing witness to people's pain is difficult. The moments where the comedy flops: also difficult. It strikes me as very valuable as a public service, if not necessarily good as performance? I found it moving, anyway.

But the article? God, I hate it. Hate. It. That cutesy lede, Jesus Christ. The caption with the picture...I don't think it's in any way minimizing Oswalt's pain to say that five or six months maybe doesn't quite constitute "a long, hard climb for him to return to comedy." I also hate the frame of the therapeutic value of stand-up, because I think the interesting part of the story is that what he's doing is really not a socially acceptable thing to do: I'm very upset for reasons I'm being entirely forthright about. LOOK AT IT. I mean, who does that? Him talking about his wife's death as an overdose when he hasn't even gotten the autopsy results, his own drinking afterward...also not really socially acceptable, which is crazy. That saccharine quote from Oswalt's daughter--that's what people want to hear. I saw a lot of praise for that piece but I thought the writing was just awful. It's gross to me, this aggressively cute package when the whole point seems like he's making this effort to be real.

This is what transgressive comedy looks like. That's the story.

3. Did you know that Uber's done away with surge notifications? In Chicago, at least, it seems like they don't exist for 1.1-1.5 surge rates--and they might not exist altogether (unclear). I can't figure out if me not knowing this is me being out of touch or them being evil geniuses? From my five-second search it looks really underreported, which seems weird because media people (rightfully) hate Uber. Anyway I was in an Uber yesterday and the driver was telling me all this during a long conversation we had about how Uber is garbage. I'm legit sorry for oppressing you, Uber driver. I wish I were a better person.

4. Huge news: finally figured out my position on Joseph Gordon-Levitt. Have you ever had one of those celebrities where you can't figure out if you love them or hate them? For a long time JGL was that for me. Not 100% sure what I've liked him in, actually. Was he was good in Inception? I have a terrible memory. Janet Jackson lip sync? That was very good. On the other hand, why's he always got that asshole look on his face? 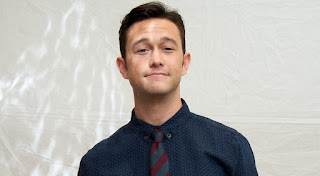 In any case, I don't know how he managed to combine "Thriller" by Michael Jackson, a Flying V, and a disco ball--three great things!--into this abomination, but I hate everything about it, and now I guess him. It feels good to have this figured out.

5. Finally, Tim O'Neil on depression. I don't hate this, actually.